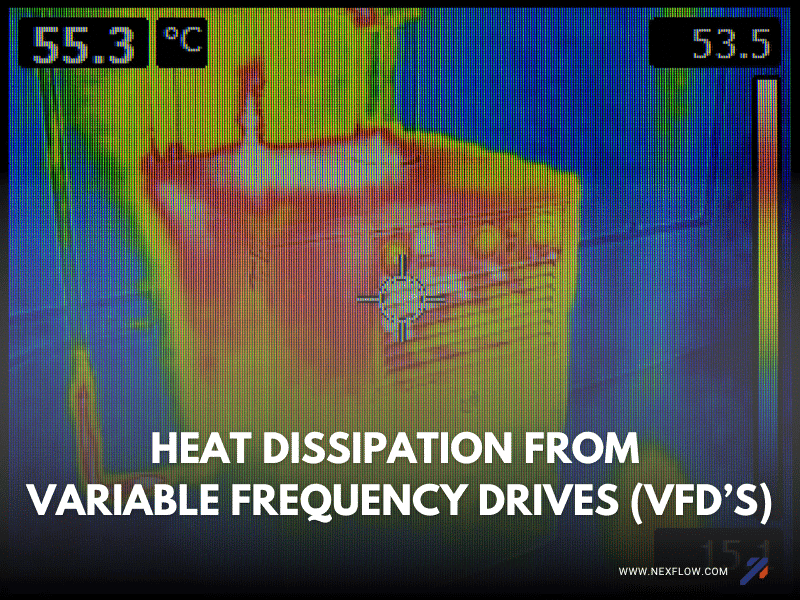 Variable Frequency Drives (VFDs) have become a standard part of control panels. Since their development years ago, because of their efficiency, consider their contribution toward the electrical enclosure’s heat load.

The efficiency of most VFDs is between 93 to 98 percent, and loses the balance of the energy as heat.

Despite their high efficiency, VFDs generate a significant amount of heat. Unless removing the heat through enclosure cooling, the drives can overheat and trip, causing plant outages.

The power dissipated is calculated by subtracting the efficiency from 100 percent and multiplying the result by the drive’s power consumption.

Although a 5% estimate for engineering purposes is ordinarily acceptable if a safety factor adds to other losses, obtaining the VFD drive efficiency at the design load from the equipment supplier is much better.

It would help if you also considered the thermal losses from other ancillary equipment, such as DC phrase-shifting transformers, power supplies, and switchgear which may or may not be significant.

The losses from a transformer could be an additional 4 percent of power consumption.

Again, obtaining these figures would generally be from the equipment suppliers.

Varian Frequency Drive manufacturers specify a maximum allowable operating temperature for their products. In some cases, it is relatively low as it allows for the heating effect of power electronics on the circuit boards inside the drives.

Some manufacturers also de-rate their drives above temperatures of 104 ºF. (40 º C)

Thus it is good engineering practice to design the enclosure cooling for a temperature below the equipment’s maximum temperature to promote long life and minimize the possibility of overheating.

The total enclosure heat load is the total heat dissipation of all equipment items, plus the heat transfer through the enclosure walls. Due to the ambient temperature, local heat sources, and solar radiation. This is true even though there are various ways of calculating this number.

The most effective method is to use an online heat load calculator like the Nex Flow® Panel Cooler Calculator. This will help to address obtaining the heat load.

The heat load is usually the greatest on startup. They are making vortex coolers like the Nex Flow® Panel Cooler popular for VFD cooling because, on average, they only need to operate about 30% of the time.

Because they operate on compressed air, the energy cost is relatively low. And it is often offset by the elimination of filters, dealing with condensate. Also, other factors, such as labor cost for maintenance, as they are essentially maintenance-free. 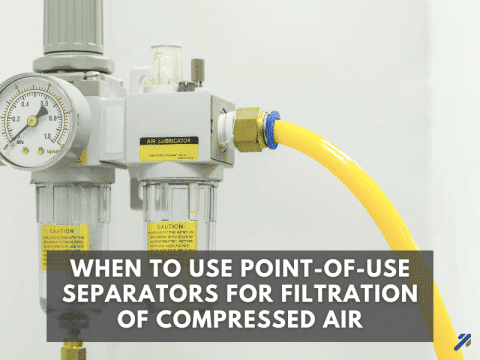 REASON FOR STATIC CONTROL WITH AIR